The following tragic story is a true account of the slaughter of members of the Roden family - some of my own ancestors - during the latter half of War Between the States (American Civil War).

Buck Island is located on the Tennessee River between the towns of Guntersville and Claysville, in Marshall County, Alabama.

On December 26, 1863, a band of Southern Unionists led by notorious Tennessee Valley outlaw and Union scout named "Captain" Benjamin R. Harris, captured four members of the Roden family - two civilians and two Confederate soldiers on holiday leave recovering from wounds - were captured there along with two other men. These men were led to the river and then summarily executed.

Harris was born in Alabama in 1823 and moved from place to place with his family from southeastern Madison County to Arkansas and then to Louisiana.

When the War Between the States broke out in 1861, Harris hired himself out as a scout for the Union Army, giving himself the unofficial rank of captain. He led a band of 30 or so men who later became notorious foragers/pillagers in Northern Alabama in the fall of 1863 till his death.

The following is an account taken from the autobiography of Dr. John A. Wyeth titled: With Sabre and Scalpel (New York: Harper & Bros., 1914), pg. 314-15. The story was also written in the Confederate Veteran magazine, Vol. VI, page 523 and reads as follows:

Northern Alabama had paid dearly for the devotion of her people to the cause of the South. Nowhere in the Confederacy had such ruin been wrought, save in the path of desolation along which the march to the sea was made, or perhaps in the valley of Virginia, in obedience to the order to leave it so desolate that "a crow flying over would have to carry its rations." Our county of Marshall had suffered in a double sense, being overrun for the last year and a half of the war by bands of marauders who robbed the defenseless people of the little the two armies had left. The story of their forays would make a bloody record. The narration of one tragedy which was enacted on a small island in the Tennessee River may give an idea of the awful conditions which prevailed. Buck Island was then almost wholly covered with dense cane. Hither five men, non-combatants, had fled for a hiding-place, and had taken with them the few cattle which had escaped impressment. In the depths of the cane-brake they had constructed a pole cabin for shelter. A Confederate soldier named C. L. Hardcastle, wounded and on furlough, a relation or friend and neighbor, slipping in to visit his family, came to stay all night with the refugees. Toward morning they were aroused from sleep to find their cabin surrounded and themselves in the hands of the notorious Ben Harris and his band, who had learned of their retreat and had come for their cattle. Being a far-sighted man and well known to the Rodens and their guest, Harris gave them five minutes for prayer, after which he made them stand in a row along the riverbank, and, to make sure of a clean job, with his six-shooter he put a bullet through the hearts of five of the six and thought he had done the same with the sixth man. This man was Hardcastle, who told me that as Harris came down the line, placing the muzzle close to the left side of the chest of each victim as he fired, he made up his mind to drop quickly a little before he was shot, which he did, and the ball missed a vital spot. Feigning death, he was dragged with the other five bodies and thrown into the river, the current of which washed them down-stream as they were sinking. Holding his breath, he floated under some driftwood lodged against a fallen tree and concealed himself behind a log. The bullet had struck a rib and taken a superficial course. When the murderers walked off to round up the cattle he crawled out and into the cane, and in this way made this marvelous escape from death. I knew the men who were killed.

During all of 1864 and the spring of 1865 Marshall County was the scene of active hostilities, not only between scouting parties of regular soldiers of the Union and Confederate armies, but between bands of Tory marauders, who paraded in Federal uniforms, and small squads of Confederate Home Guards under partisan leaders. Some few of the Tories had been Union men all along, but were wise enough to keep discreetly quiet until the Federals occupied the country. Most of them were poor whites who had dodged conscription by hiding out in the mountains near their cabins when the Confederates were in control, and came into view as soon as the Federals appeared. Some few were deserters from our army, but all were united now in their love of country by the cohesive strength of a desire to plunder the helpless. As these men of the two sides had known one another before the war, it may be imagined that what is described as "feeling" ran about as "high" between them as it could run. Toward the last it was considered a waste of time to surrender, even if cornered without hope of escape. The recognized practice was to sell out as dearly as possible and keep shooting as long as a trigger could be pulled.

Ben Harris had led off in a practice of extermination which put Cromwell to the blush. The conqueror of Ireland knocked only every tenth prisoner on the head, but Captain Ben overlooked none, and just to be sure that no detail was omitted he was his own executioner.

Several members of the Roden family murdered in cold blood by Harris were recovered from the river and lain to rest with other family members -- including this blogger's paternal great-great-grandfather and Confederate ancestor Sgt. Jackson S. Roden 48th Alabama Infantry Regiment -- at Roden Cemetery in Marshall County. Their friend and Confederate soldier, Charles Hardcastle, would survive his wound and live well after the War ended.


As for the Southern Union Loyalist and infamous Tennessee Valley outlaw Ben Harris, he died on March 5, 1865 from natural causes after a couple of years of terrorizing Southern civilians, burning homes and crops -- sometimes also including those with Union loyalties according to some accounts.

In reward for his questionable service, Harris is buried in Chattanooga National Cemetery under his presumed rank of "captain" despite lack of formal commission by Union authorities. He lies buried there among Union dead killed in battle like proper soldiers facing their enemy like men. His grave is decorated with a U.S. Flag every U.S. Memorial Day and U.S. Veterans Day placed there by the National Parks Service.

The Buck Island Massacre is mentioned prominently on the granite Confederate Monument in front of the Marshall County Courthouse in Guntersville, Alabama, along with other war related events and skirmishes that took place in the area.

(Yet another account of the Buck Island massacre can be found in The Sword of "Bushwhacker" Johnston, Charles S. Rice, ed., which details a first-hand account of events in Jackson, Marshall, DeKalb and Madison Counties by Rev. Milus E. Johnston. The book was published in Huntsville, Ala., by Flint River Press in 1992. Johnston's story and Rice's notes appear in chapter 6, "Acts of the Invaders", pp. 26-31.)
Posted by C.W. Roden at 3/22/2015 10:00:00 AM

Please Let Me Know What Y'all Think In The Comments Section.

This Blog Is Powered By Liquid Schwartz .... and Blogger. 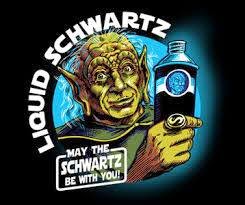 April 4th
This blogger would like to wish each and every one of y'all a Happy Easter Sunday 2021!

"The angel said to the women, 'Do not be afraid, for I know that you are looking for Jesus, who was crucified. He is not here; he has risen, just as he said. Come and see the place where he lay.'" ~Matthew 28:5-6 NIV 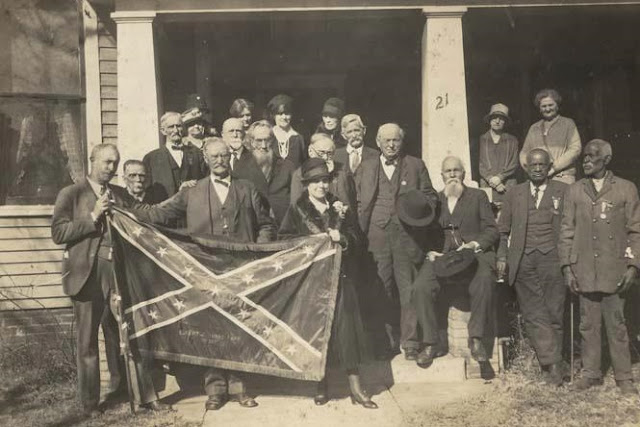 Special Search Features On This Blog

Southern Fried Nostalgia & Fandom
These include reviews of movies and films, classic and current animation and anime, and even book and graphic novels liked by this blogger -- mostly 1980s and 1990s stuff.
Other topics under this category also include various fandoms enjoyed by this blogger.

A Tale Of My Existence
A collection of personal stories written by this blogger concerning important memories, or events that took place in his lifetime. These stories often include humorous, shocking, or personally embarrassing events during this blogger's formative years. Some are also rated PG-13 and up, so reader's discretion is advised.

Amateur photographs taken by this blogger of planetary and star constellation features in the night sky over my little corner of South Carolina. 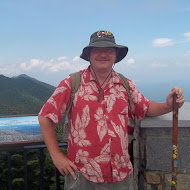 "The Man Deniers Fear The Most"

Mr. C.W. Roden is....well how can I put this delicately? He's a complete nerd who spends 70% of his day in the library.
A proud Generation Xer, Mr. Roden is a self-described "simple small-town country writer" and blogger from South Carolina, USA.
His hobbies include: reading, US and Southern history, science fiction, mountain trail hiking, swimming, amateur bird watching, and planetary photography. Mr. Roden is also a huge fan of cartoons & animated movies, comics & graphic novels, and Kevin Smith movies.
Mr. Roden is an advocate for: the moral defense of & awareness of Southern identity, Confederate historical heritage, human rights & civil liberties, autism awareness & acceptance, literacy initiatives for children and young adults, Celtic Culture, the Straight Edge lifestyle, fanfiction writing, and human planetary exploration and habitation.
Not to mention a huge supporter of Hawaiian shirts and kilts!
In addition to being a blogger, Mr. Roden is a writer currently working on several science fiction short story writing projects and former fanfiction writer with over 60 stories to his credit.
He is a resident of Chester County, South Carolina, U.S.A. 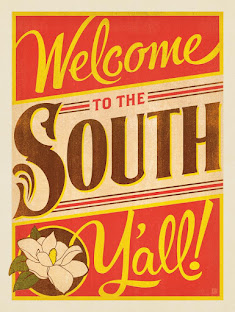